ASUS announces BIOS support for AMD Ryzen 7 5800X3D and other new CPUs. A wave of new Ryzen processors is here, and ASUS stands ready to support them all.

Support and updates readying a range of motherboards for a new wave of 5000 and 4000 series AMD Ryzen CPUs. To accompany the new Ryzen 7 5800X3D, which features a special 96 MB L3 cache, AMD has released AGESA Version 1.2.0.6b to improve system performance.

Many ASUS 500, 400, A320 and X370 series motherboards already have BIOS updates featuring this new AGESA build, and all remaining models that are compatible will receive corresponding BIOS updates by March 25. The pre-existing BIOS updates will showcase as 400 and 500 series ASUS Motherboard for this wave of CPUs

Also featuring AGESA version 1.2.0.6b. Download them from ASUS Support website at https://www.asus.com/support. Previous generation ASUS motherboards will receive support for these new CPUs according to the chart below. 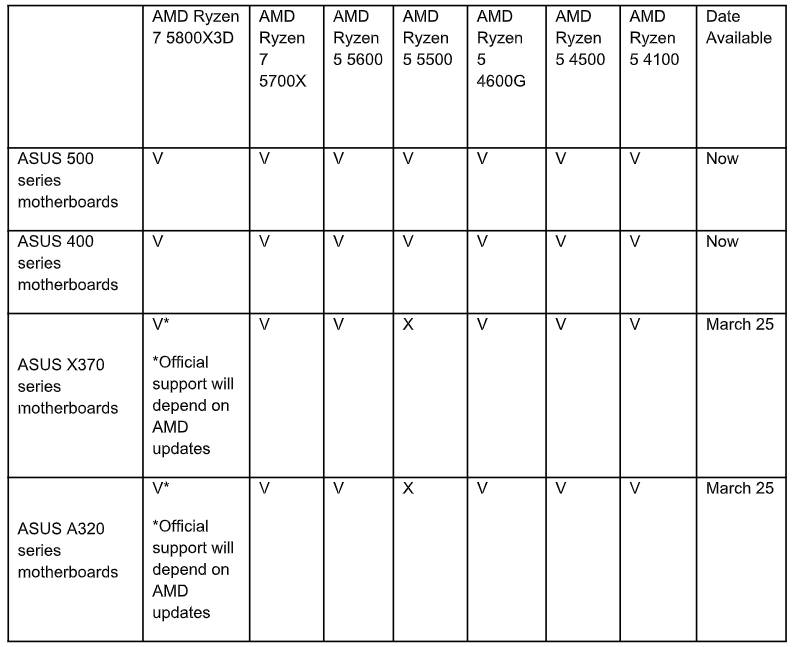 All UEFI BIOS updates, which can be accessed via: ASUS Support website

Blood Pressure Monitors: What, Why and how you can act

What to mine: Ethereum gone proof of stake

How to get ETH Proof of Work coin Airdrop (ETH Merge)