Chinese e-commerce giant Alibaba has set a new sales record for its annual Singles Day sale, posting a sales figure of over $30.8 billion, up 27 percent compared to last year. This year’s Singles Day sale has been by far the largest-ever to date. Just 15 hours and 49 minutes into the spending spree, transactions on the platform leapfrogged that of 2017’s tally of $25 billion.

The Singles Day sale, which is also called “Double 11”, is the world’s biggest online sales event which also outstrips the sales of U.S. shopping holidays Black Friday and Cyber Monday combined. It was originally a novelty student holiday to celebrate being single, countering Valentines Day but has since grown into a 24-hour online retail frenzy on November 11. 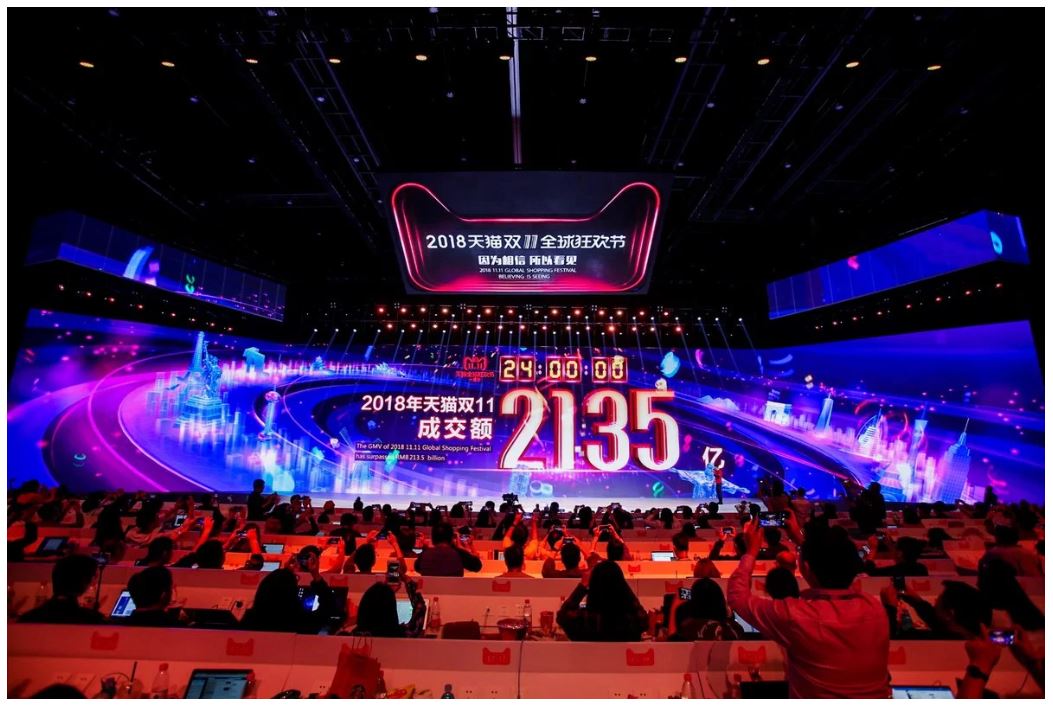 However, this 27 percent growth also marked the company’s lowest annual increase in the history of Singles Day sale. The slowdown came on the heels of Alibaba’s weakest revenue growth since seven quarters ago and a cut in annual revenue forecast. However, the company’s revenues are still increasing at a healthy rate of 54 percent year-over-year.

Alibaba has also faced new challenges this year, such as new rivals in the market, a slowing economy and its stock dropping 16% thanks to China’s trade war with the US.

Some 180,000 brands are available in the shopping blitz, which includes top technology companies such as Xaomi, Apple, and Dyson, among others. Apart from China, the company has also expanded the event to the Western market, with downloads of its app AliExpress surging in the US and UK.

Alibaba has also tapped into physical stores and is poised to “digitize the whole consumer retail market.” Since the last two years, the company has been jostling with close rival JD.com to snap up strategic partnerships with brick-and-mortar retailers to reach more consumers.

The company also has its sights set on international consumers. This year, merchants from over 200 countries participated in Singles’ Day, including those on Alibaba’s Southeast Asia-based Lazada platform.

This Singles Day sale is expected to be the company’s final November sale with founder and chairman Jack Ma at the helm as Daniel Zhang will take over as chairman next year.

8 thoughts on “Alibaba makes a new record $30.8 Billion sales in a Singles Day”